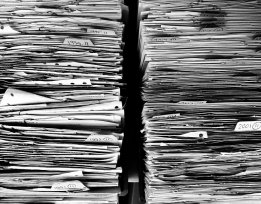 OCBC Bank is seeking to wrest control of Xihe Holdings from the owners of Hin Leong.

The Singagore bank has applied to the supreme court to have judicial managers appointed for the company which controls four, vessel-owning companies, local business news provider the Business Times reports.

Xihe is owned by Hin Leong founder Lim Oon Kuin.  Hin Leong collapsed in April under a mountain of debt.

Ocean Tankers, which is also owned by the Lim family, is under the control of a court-appointed management.

In its application, the bank said that it was a matter of urgency for independent managers to be appointed  "over the debtor companies [in the case] to investigate the serious irregularities and prevent further prejudice to creditors".

The banks is seeking to have Grant Thornton Singapore appointed as judicial managers.

One crew member was reported missing and the remaining 11 were rescued.

When ice conditions allow passage through the route, it offers a significantly reduced journey time for shipments between Europe and Asia.

Jet and automotive fuels being used as blend stocks may be causing bunker flash point issues.