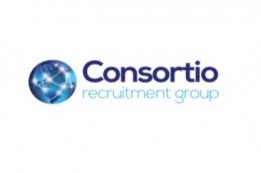 Recruitment firm Consortio RG highlighted the role in a job advertisement on its website, without naming the hiring company. Image Credit: Consortio RG

An international trading firm is seeking to hire a senior bunker trader for a new Singapore affiliate.

Recruitment firm Consortio RG highlighted the role in a job advertisement on its website, without naming the hiring company. Consortio describes the firm as a established player in the bunker industry with five offices worldwide, whose volumes and profits both doubled in 2021.

"Boasting a strategically assembled team of traders working across five offices worldwide, our client now has its eyes set on further expansion and plans to invest into fortifying the company's senior ranks with the addition of a Senior Bunker Trader in its brand new Singapore affiliate," Consortio said.

The firm is looking for candidates with at least six years of experience as a bunker trader and with eligibility to live and work in Singapore.

"Despite access to financial backing and credit that any top trading company would give an arm and a leg for, our client remains humble and focused on its own long-term development," Consortio said in the advertisement.

"Naturally, this drives a company culture that has led to the business becoming one of the most sought-after places for traders to work.

"Moreover, the brand champions clarity and consistency across all levels of seniority which stresses not only the value our client places on internal communication but also the onus that's placed on each separate staff member's career development."

Guidelines for both fuels will be further developed in a correspondence group reporting to the next session of the Sub-Committee, CCC 9, in 2023.