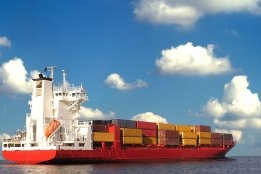 The economic fallout from the spread of the coronavirus in China and around the world has prompted Chinese shipowners to request a suspension the 0.5% sulfur rule on bunker fuel.

Through their organisation China Shipowners Association, the shipping companies say that the financial and logistical impact of the spread of the virus would make compliance with the fuel rule difficult, according to a report from the protection and indemnity club Standard Club.

A 12-month suspension of the IMO2020 rule is one of a number of measures to ameliorate the economic impact of the virus being considered by the Chinese government.

Maritime news provider Lloyd's List said that researchers at the government-backed Shanghai International Shipping Institute have argued against such a move saying it would damage China's image abroad while the impact on cost reduction would be minimal.

"Halting the sulphur cap will directly lead to the loss of the pole position that our country has built in the LSFO supply chain." the researchers were quoted as saying. "If other bunker hubs in Asia establish the supply ability in the next six months, our country's lack of edge in the marine service industry will continue," they added.

Sing Fuels CEO Vikash Dhanuka discusses his firm's growth plans after its latest acquisition in an interview with Ship & Bunker.

Amount of ammonia currently being produced would need to increase by over tenfold to meet future demand from shipping.