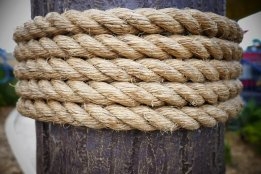 A general cargo ship is being held in the southeast Asian shipping and bunkering hub of Singapore, court records show.

The vessel is under the control of Chinese shipping interests based in the southeastern coastal city of Dalian, according to the shipping database equasis.

The reason for the move against the ship is unknown but is likely to be related to disputes over payment for goods and services.

Court records show that the Hosei 28 was arrested in the city on 20 March.  The vessel was built in 2008 and is 12,433 deadweight tonnage

Another ship controlled by Greek interests was detained in Singapore yesterday.

Oil Steady As Nicolas Peters Out And Rally Support Continues

Strong prices for gas, liquefied natural gas and oil are expected to last over winter.

Singapore testing firm Maritec has followed up on its note from two weeks ago reporting flashpoint problems in Southeast Asia.