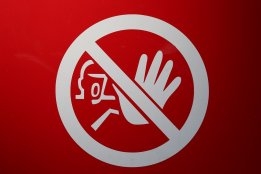 The port of Karachi in Pakistan has become the latest authority to ban the discharge of washwater from open-loop scrubber models, according to insurance association the Standard Club.

Pakistan's Ministry of Maritime Affairs has issued a circular telling shipowners with scrubbers calling at the port either to switch to 0.50% sulfur fuels or to use the scrubber in closed-loop mode for those with hybrid models, the Standard Club said Tuesday in a note to its members.

"The circular advises ships to carry out this switch-over well in advance of the ship’s arrival in port waters, so that any operational issues can be identified and dealt with before the ship enters Pakistani waters," the association said.

Open-loop scrubber bans are gaining in popularity among coastal states, as environmentalists argue the washwater can harm marine organisms.

The bans are adding operational complications for shipowners with scrubbers, as they mean the operator must keep small additional supplies of 0.50% sulfur fuels as well as high sulfur fuel oil, but they are unlikely to cause significant damage to the financial benefits of installing scrubbers unless they are widened to include the high seas.

Applicants should submit their CVs by 1 March at the latest.