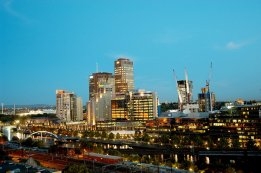 Oil major Exxonmobil has called on Australia's government to support the country's ailing refining sector following the move by BP to turn its Kwinana plant into an oil products terminal.

The company has said that the plant is running at a loss, according to Reuters.

Talks between the governement and the refiners on the sector's future are underway but Exxonmobil is urging the government to release aid now given the pressures the sector is facing, the report said.

There are four, working refineries in Australia but regional competition has made these units increasingly uncompetitive.

The prosecution in the case believes the Bunker Holding CEO knew or should have known about some of the jet fuel trades at the heart of the case.