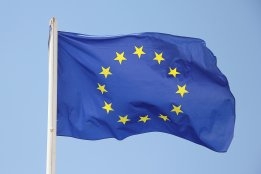 The European Union may press ahead of the International Maritime Organization in regulating emissions from shipping. File Image / Pixabay

The environment committee of the European Parliament has given its approval to a package of measures on reducing maritime emissions, including a ban on emissions from ships at berth.

The package suggests a ban on emissions at berth by 2030, which would either require ships to be running on zero-emission fuels by then or to use shore power for their energy needs while stationary.

The vote is non-binding, and the measures will be voted on by the European Parliament in full on September 14. It would then be for the European Commission to decide whether to implement the measure.

While using shore power eliminates emissions from the ship, the energy requirement will come from land-based power generation capacity -- and unless that capacity is renewable, emissions will still be generated.

By enlisting start up community input with accelerator programme.

Classification society has released its latest Maritime Forecast to 2050.