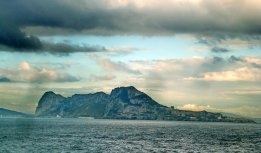 Gibraltar's authorities have fined the owners of a dry bulk carrier £20,000 ($27,684) over a bunker spill in the British-run territory's waters last month.

Gibraltar's government reported a spill from the bulk carrier AM Ghent on February 12.

The owners have been fined £20,000 by a magistrate as well as having to put up £1.5 million in security bond through their P&I club against potential clean-up expenses, the Gibraltar government said in a statement on its website on Friday.

"It is gratifying to see the great partnership and cooperation between Gibraltar Port Authority, Royal Gibraltar Police, Gibraltar Maritime Administration and Department of Environment which has directly led to this outcome," Vijay Daryanani, Minister for the Port, said in the statement.

Crossing the $1,200 pmt threshold would be felt right across the shipping industry, a Posidonia event hears.

The new facility will have an annual production capacity of 200 MWh of stored energy capacity.