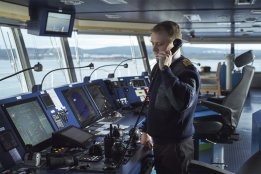 Norilsk has a fleet of about 20 vessels in the Arctic. Image Credit: Gazpromneft

Russian energy firm Gazpromneft is preparing for a sharp jump in VLSFO sales in the Arctic this year.

The firm has agreed with metal producer Norilsk Nickel to increase sales of low-sulfur fuels to its Arctic fleet by 30% to 80,000 mt this year, it said in a statement on its website on Monday.

Norilsk has a fleet of about 20 vessels in the Arctic.

"The presence of a modern production base, as well as a developed infrastructure in the northern ports, allows us to carry out uninterrupted supplies of fuel with guaranteed high quality," Alexey Medvedev, general director of Gazpromneft Marine Bunker, said in the statement.

"At the same time, the fragile northern ecosystem requires careful treatment, so the basis of our supplies is marine fuel with a sulfur content below 0.5%, the use of which can significantly reduce the carbon footprint of transportation along the Northern Sea Route."

The port is planning to participate in a demonstration crossing of a hydrogen-powered vessel from Aberdeen to Norway in 2024.

The firm has already retrofitted 20 of its vessels with Alfa Laval PureSOx scrubbers, is in the process of installing a 21st system and will install four more before the end of next year.