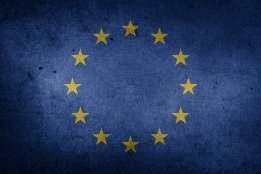 The European Commission has published its first annual report on carbon dioxide emissions from the shipping industry.

The data, from 11,600 ships calling at ports in the European Economic Area (EEA) in 2018, shows the ships contributed a total of 138 million tonnes of carbon dioxide that year, the organisation said Monday.

That represented 3.7% of total European Union carbon emissions in 2018, according to data from the European Environment Agency.

Two thirds of the emissions were from voyages to or from a port outside the EEA, the report said.

Container ships were the largest segment of the industry represented in the emissions tally, taking a 30% share.

SSY Futures set up a carbon desk earlier this year.

The company has become the first shipyard to receive EU Stage V certification for an emissions reduction system.