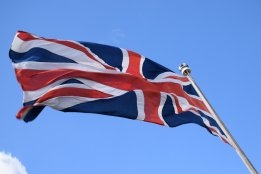 The British government is seeking to promote green hydrogen production in the country. File Image / Pixabay

Energy company Uniper is seeking to develop green hydrogen production at Immingham that could be used for zero-carbon bunkers.

The firm, along with Siemens Energy, Toyota Tsusho and Associated British Ports, has won matched funding from the UK's Clean Marine Demonstration Competition for the project, it said in an emailed statement on Wednesday.

The companies plan to develop about 20 MW of green hydrogen production at Immingham that could either be used directly as fuel or used in the production of zero-carbon bunkers. The organisations will now carry out a feasibility study, which could lead to a front-end engineering design study in 2022 and an investment decision in 2023.

If the project passed all those stages, production could start in 2025.

"We're really pleased that we'll now be able to progress our feasibility study, with our partners, in this ground-breaking area," Mike Lockett, country chairman for the UK at Uniper, said in the statement.

"We believe that hydrogen could be an ideal solution for enabling the decarbonisation of those hard to reach sectors such as transport, heavy industry and maritime."

Sen thinks the commodity will exceed $120 by year-end.