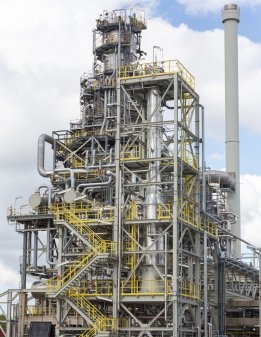 HES bought the Wilhelmshaven refinery in 2011, but had turned it into a storage facility. Image Credit: HES International

The company has brought back online the vacuum distillation unit at Wilhelmshaven to produce VLSFO in time for IMO 2020. HES bought the refinery in 2011 but had turned it into a storage site.

"With the commitment of a world-class energy major, HWTT has found a solid and reliable throughput partner for our operations for the next few years," HES said in a statement on its website last week.

The statement did not give the identity of the energy major, but in an article from March 2019 detailing the plan, news agency Reuters reported it had reached an agreement with Shell, citing two trading sources.

The deal would involve Shell bringing in the feedstock and handling the end product, Reuters cited one of the sources as saying.