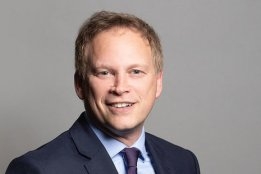 The UK government has said it plans to invest further in developing hydrogen as an alternative bunker fuel to help shipping to eliminate its carbon emissions.

Asked in the UK parliament about support for the shipping's decarbonisation efforts on Thursday, Transport Minister Grant Shapps noted the government's support for hydrogen.

"The shipping industry is one of the harder to decarbonise areas of the economy," Shapps said.

"But technologies like hydrogen have a big part to play, so this government is putting a lot of R&D investment behind hydrogen with a view to shipping."

Shapps pointed to the government's support for a hydrogen production hub on Teesside, in Northeast England, as evidence of its plans for further investment in marine decarbonisation.

The firm made the point in its first-quarter results on Thursday, in which it revealed it dropped to a $71.7 million loss from a $226.2 million profit a year earlier.