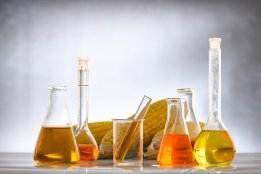 The Port of Rotterdam has halted publication of biofuel sales data in its quarterly release on bunker volumes on concerns over the accuracy of the information it receives.

The port authority published information the share of biofuel blends within its overall fuel oil volumes data for the fourth quarter of 2019 and the first quarter of 2020, showing shares of 3% and 11%, respectively.

In a webinar earlier this week Dirk Kronemeijer, CEO of biofuel supplier GoodFuels, said that the 11% figure given for Q1 was probably higher than the true level.

The port authority has not published the biofuel share for the second and third quarters of 2020, and is unlikely to resume doing so in the near term on concerns over the accuracy of the data it receives from two suppliers, a representative of the organisation told Ship & Bunker Thursday.

But a spokesman for the port authority said the new bunker licensing scheme being introduced at Rotterdam and some other Dutch ports in February will bring in a general overhaul of its bunker volumes data that may allow it to publish biofuel volumes again.

"As from February 1st, 2021 together with the introduction of the Bunker License for Barge Companies, the use of Timetobunker for digital bunker notifications will become mandatory," the spokesman said.

"Amongst others, Timetobunker requests information about individual fuel types.

"So as from that moment we expect to publish these numbers again."

The IMO MEPC approved a ban on the use of heavy fuel oil in the Arctic after July 1, 2024 at this week's virtual meeting.