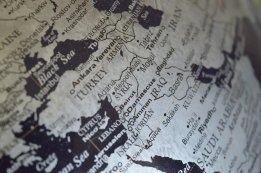 The Danish Economic Crimes police, or SOIK, has charged "a Danish Holding company and its subsidiary together with a director of the one company" with selling jet fuel to Russian firms.

The charges allege that jet fuel sold to Russian parties found its way to Syria in contravention of European Union sanctions on such activity in force at the time.

Although not named in a statement published on SOIK's website on Tuesday, the companies in question are Bunker Holding and Dan-Bunkering.

In an statement emailed to Ship & Bunker, Bunker Holding said: "We take note of these charges and look forward to having the matter fully investigated and concluded at a potential trial."

The statement added that the company was surprised by SOIK's decision to proceed with the case.

"Our own thorough, internal investigations have revealed no signs that anyone within Bunker Holding or Dan-Bunkering had any knowledge of the alleged breaches of EU sanctions.

"We have not supplied fuel to companies included in the EU sanctions list at the time of our business dealings with them."

Bunker Holding said that it has one of the industry's "most comprehensive and advanced systems" for checking trades.

"We strongly denounce any breach of sanctions and any attempt to breach sanctions is unacceptable," the company said.

The charges relate to trading activity taking place between 2015 and 2017.

Booking intentions not enough to continue the project in its present form.