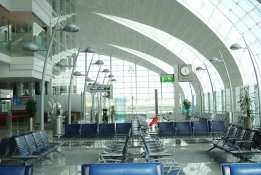 The ongoing shutdown of the aviation industry in response to the COVID-19 pandemic may reduce prices for very low sulfur fuel oil (VLSFO) relative to crude oil.

International Airlines Group plans to reduce its capacity by 75% in April and May compared with the same period a year earlier, it said in a statement on its website Monday.

The knock-on effect on jet fuel demand as other aviation companies implement similar plans will have a significant impact on middle distillate consumption, freeing up more low-sulfur distillates as potential blending components to make VLSFO.

In turn that should reduce VLSFO's premium to Brent crude oil, even as prices for both slide because of increased crude supply from the Middle East and Russia.

Demand for shipping will also be reduced over the same period, but to a much less dramatic extent than aviation.

A total of 195 LNG bunkering operations were carried out at the country's ports last year comprising 81,704 m3 of gas.

The new operation will be led by Peter Beelenkamp, formerly of Trefoil International and SK Energy Europe.