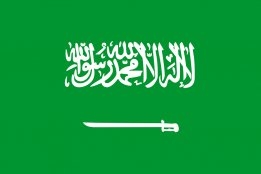 The tanker was attacked at the Saudi Arabian port of Shuqaiq. File Image / Pixabay

An explosion has been reported on board a tanker off the coast of Saudi Arabia, according to news agency Al Jazeera.

The Maltese-flagged tanker Agrari was attacked by an unknown party on Wednesday while docked at the port of Shuqaiq in the Red Sea, Al Jazeera reported Thursday, citing comments from its owner.

The explosion may have been caused by a mine. The Saudi-led coalition fighting in Yemen has said the incident was a terrorist attack, Al Jazeera said.

The tanker had already discharged its cargo of fuel oil before the explosion, according to shipping intelligence service Alphatanker.

Saudi authorities have boarded the ship and are investigating the incident.

Cyclone Tauktae made landfall in Gujarat at about 8:30 PM local time on Monday evening.

Ardmore to Expand Use of FuelOpt System After Successful Trial

Ardmore had tried out the system on board its MR tanker the Ardmore Sealion last year.