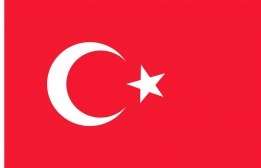 Ambiguity in Turkish environmental law means shipowners should avoid using open-loop scrubbers in Turkish waters, even though there is no ban on discharge from them there, according to insurance association Standard Club.

The organisation cited concerns that local authorities are in some cases intepreting the country's environmental code as considering open-loop scrubber washwater being discharged as inflicting damage on the environment.

"Even though there is no formal limitation or ban on the discharge of scrubber washwater, there are concerns that the environmental authorities in Turkey may fine the ship if the samples collected from the overboard discharge line is suspected to be a pollutant," Standard Club said in a note on its website Thursday.

"The authorities widely intepret the term of pollutant."

Viswa Lab has so far received and tested over 20,000 number of VLSFO fuels. Out of tested VLSFOs, there are cases of abnormal cylinder liner wear in 12 cases.

Ship & Bunker estimates demand could currently be down by as much as 8% worldwide.