LNG Transshipment Base for Rostock 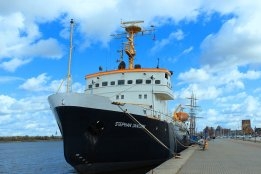 A land lease agreement has been signed with the port authority to this effect, Novatek has said.

The transshipment terminal would take LNG from the liquefaction facility under construction at the Russia port of Vyostsk near St Petersburg.

In addition, there will opportunities to develop LNG bunkering operations at the new facility, according to the company.

LNG is seen a viable alternative bunker fuel to oil-derived fuel oil but the lack of infrastructure has deterred ship operators from embracing the fuel.

Fluxys is involved in other LNG bunkering projects in the North Sea and Baltic Sea region.

The new laboratory can handle 20-50 samples per day.

The firm has now received samples from one of its units run by Greenfield Energy in Utah.

The port authority has signed a memorandum of understanding with PT Pertamina Patra Niaga to set up bunker supply in the Sunda Strait and other Indonesian waters.