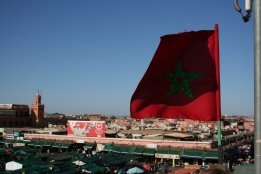 Bunker demand increased at the Moroccan port of Tanger Med last year, according to the local port authority.

The port saw an overall liquid bulk throughput gain of 26% to about 8 million mt last year, the Tanger Med Port Authority said in a statement on its website this week.

"This growth is mainly due to the bunkering activity to the benefit of ships transiting the Strait of Gibraltar," the port authority said.

Bunker supply made up almost 1.6 million mt of the port's liquid bulk throughput.

Other ports in the Strait of Gibraltar did not see strong growth in bunker volumes last year. Volumes at Gibraltar itself were roughly flat on the year,.

Techfast subsidiary Fast Energy has agreed to provide marine fuels supplier Wise Marine with 10,000-30,000 mt/month of bunkers over the next three years.