IMO to Work With Saudi Arabia on Marine Emissions Reduction 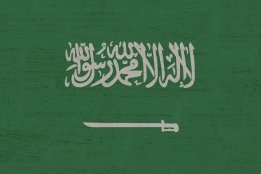 The International Maritime Organization is due to work with Saudi Arabia on the reduction of emissions from ships.

The IMO and the Saudi government have signed three partnership agreements for global projects with $509,000 of funding, the UN body said in an emailed statement last week.

The first agreement will put $400,000 of funding behind a 12-month preparatory phase of a new initiative, Coordinated Actions to Reduce Emissions from Shipping (CARES), that will aim to accelerate the demonstration of green technologies and their deployment globally.

The second agreement adds $54,500 of funding to the IMO's GloFouling initiative targeting biofouling, with a focus on raising awareness of the issue among women in Arab states.

The third agreement will put $54,500 of funding behind the IMO and Norwegian government's GloLitter project aimed at reducing and preventing marine plastic litter.

"We know that it is technological innovation and the development of alternative future fuels that will be key to progress," Saleh bin Nasser al-Jasser, Saudi Arabia's minister of transport and logistic services, said in the statement.

"But it's equally important that we ensure that innovations in these areas are inclusive and coordinated as well.

"No one can do this alone and no one should be left behind."

In the past Saudi Arabia had reportedly been among IMO member states seeking to delay or water down some of the UN body's regulations on reducing emissions from ships.

The two companies have signed a deal with technology firm Alma.