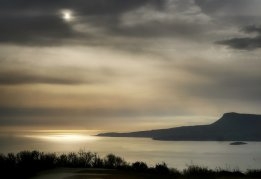 Oil exploration offshore the Greek island of Crete has been given the green light by the Greek goverment.

French oil major Total and US energy giant Exxon have been awarded licences which cover 40,000 square kilometres of unexplored territory, according to investment website Seekingalpha.

The country hopes to emulate the success of eastern Mediterranean countries such as Israel and Cyprus in exploring for offshore reserves over the past decade, the report said.

Greece has allocated some smaller concessions for exploration of its western coastline.