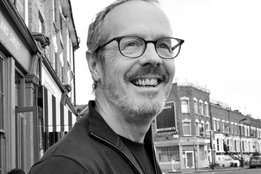 Based in London, UK, Macqueen will be heading up editorial for Europe, Middle East and Africa (EMEA).

"It is a pleasure to welcome Julian to the team, who joins Ship & Bunker as we are expanding its reach," said Martyn Lasek, Editor, Ship & Bunker.

"It is a critical time for the marine fuels sector and his industry and editorial experience will help secure Ship & Bunker's place as the go-to information resource for bunker industry professionals."

Macqueen has 20 years' experience covering the maritime and energy industries

Macqueen has 20 years' experience covering the maritime and energy industries including stints at Lloyd's List and Tradewinds. He was editor of the Oxford-based Bunkernews in the late nineties then latterly at S&P Global Platts as editor EMEA Oil.

"The internet has thrown up many challenges for business reporting but a timely and informed news service remains vital," Macqueen said.

"I look forward to working with Martyn and the team on further developing Ship & Bunker," he added.