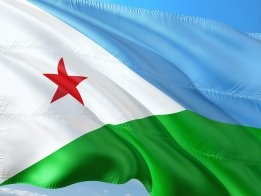 Djibouti's status as a bunkering location may be about to rise. File Image / Pixabay

The tanker will be operational by the end of March.

Red Sea Bunkering is the sole physical supplier in Djibouti, and was set up in 2015.

Kahin also highlighted a deal signed with Chimbusco in July to bring a floating fuel production facility to the country that could produce as much as 6 million mt/year of VLSFO.

The cause of the grounding is unknown, but the ship may have deviated from its course because of strong winds.