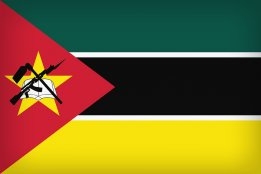 Mozambique is seeking to take a growing share of the global bunker market. File Image / Pixabay

The first VLSFO supply operation in Mozambique has launched after the arrival of a fuel oil cargo there from Singapore.

Mozambique Civitas Logistics, part of the Civitas Partners Group, has launched VLSFO supply at the Port of Nacala as of November 8, the company said in an emailed statement on Monday. The company received its first VLSFO cargo from Shell in Singapore on Sunday.

"The availability of globally demanded marine fuels in Mozambican waters is a positive milestone for the development of the maritime economy of Mozambique," Max Tonela, Mozambique's minister of mines and natural resources, said in the statement.

"Given our strategic position along the main trade routes, we see no reason as to why Mozambican ports shouldn't become globally competitive locations for the supply of marine fuels."

The company can supply the VLSFO in the Nacala area using its barge the Gulf Star 1. The company also offers low-sulfur DMA marine gasoil and 180 CST high-sulfur fuel oil.

The final meeting will be held at 11:30 AM Singapore time on January 7.

The two companies are now jointly offering HSFO, VLSFO and MGO in Djibouti.

The duel-fuelled ships will be built by Imabari Shipbuilding.