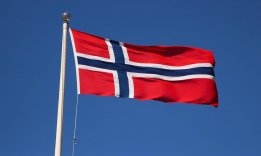 The order has been subsidised by a NOK 13.7 million ($1.4 million) award from Norwegian government enterprise Enova. File Image / Pixabay

The company has ordered two 1,300 TEU vessels from Tazhou Sanfu Ship Engineering in China, it said in a press release on Monday. The ships cost $39 million each, are due for delivery in the second half of 2024 and will be chartered to North Sea Container Line AS.

The ships will be able to run on both methanol and conventional marine gasoil. The order has been subsidised by a NOK 13.7 million ($1.4 million) award from Norwegian government enterprise Enova.

"This project allows us to set up a green transportation corridor in Northern Europe, proving our ability to identify and execute on opportunities that are accretive whilst allowing us to make the right move towards a further decarbonisation of the fleet," Constantin Black, CEO of MPCC, said in the statement.

"It also demonstrates that we can meet ambitious environmental goals by joining forces with like-minded partners and we are looking forward to facilitating a green container shipping supply chain along the Norwegian coastline."

The two companies signed an agreement at the SMM industry event in Hamburg this week.

The ship will have an electric propulsion system including hydrogen-powered fuel cells.

The company is looking for candidates with a completed apprenticeship in shipping, good written and spoken English and experience in commercial vessel operations or bunker trading.