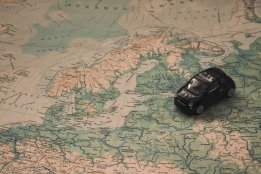 Oil major Exxonmobil may close its Slagen refinery on Norway's eastern coast and turn it into a fuel import terminal.

The oil firm cited changing market fundamentals in Europe as the reason for behind the change in its thinking.

"Refineries in Europe operate in an increasingly challenging market, characterized by falling demand and strong competition, leading to overcapacity in the market," the company was quoted as saying by commodity price-reporting agency SP Global Platts.

"In Norway, demand has decreased for road transportation fuels," the company said.

The timing of the decision to close would be subject to consultation with staff and the relevant authorities.

The 116,000 barrels per day plant would remain in operation during the course of conversion, according to the company.

The ships are due for delivery in the fourth quarter of 2022 and the first quarter of 2023, cost $186 million and will be fitted with scrubbers and ballast water treatment systems.

The company is looking for young professionals who will go through a six-month training programme upon being hired.