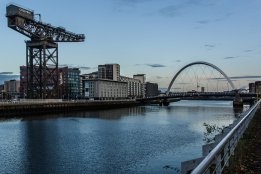 A ferry serving the coastal area of Western Scotland has had its liquefied natural gas (LNG) capability temporarily shelved for lack of safety sensors.

The equipment forms part of the vessel's dual-fuel engine system, but without the sensors the ferry is deemed unsafe to run on natural gas.

The ship is to run on diesel only for the first nine months of service, local news provider the Herald reports.

The ferry, Glen Sannox, is part of a pair ordered by the regional government of Scotland to be build by the government-owned, Glasgow-based shipbuilder Ferguson Marine.

Both vessels are dual-fuel and the missing sensors have now been ordered, according to the report.

Meanwhile, the IEA says Russia will lose the energy battle.