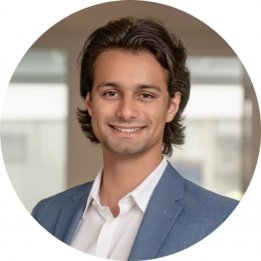 Oilmar recently bought 900 tCO2 of credits through the new marketplace, to be held in the company's wallet until it selects a voyage whose emissions it wishes to offset, Janek Ekeli, co-founder and CEO of Norwegian start-up ESG-NRG AS, which developed the MOP, told Ship & Bunker this week.

"We are thrilled to onboard Oilmar as our first customer," Ekeli said.

"Rakesh Sharma, Head of Business at Oilmar, has been active in the carbon market before and is interested in growing the sustainability space for their own customer needs.

It's our mission at ESG-NRG to raise the quality of credits used by the maritime industry.

"It's been a fruitful collaboration and we look forward to supporting them with more carbon offsets and platform features in the near future."

The platform has a range of features specifically built for maritime customers, Ekeli said.

"You can estimate vessel emissions for a voyage on a Tank-To-Wake (TTW) or Well-To-Wake (WTW) basis," he said.

"You can also account for other GHGs such as methane, nitrous oxide, and black carbon, and their global warming potential over 100 years or 20 years. In addition to allocating the emissions to different cargoes you may have onboard.

"We have already integrated with Dataloy's Voyage Management System, which means Dataloy customers can send route, cargo, and bunkering data on demand. Work is already underway on the next data connection."

Ekeli said he has yet to find an example of a shipping company revealing the price they have paid for carbon credits, with many only referring to the registry on which the credits were issued.

"It's our mission at ESG-NRG to raise the quality of credits used by the maritime industry, and the key to that is transparency," he said.

"We share on the MOP's carbon ledger how you have reduced emissions with vessel retrofits and speed optimization, as well as the offset portfolio used for the voyage.

"That's how you convince the public you're serious about net zero.

"Telling the world you have purchased credits from an accredited project isn't enough any more.

Telling the world you have purchased credits from an accredited project isn't enough any more.

"Use the MOP's integrated independent rating system to pick a project that you want to see on the front page of a newspaper.

"You don't want to be disappointed by a poor carbon strategy."

ESG-NRG also participated in the accelerator program GrunderAcademy, ultimately winning the Demo Day competition for the Oslo region and a stipend from Sparebank 1 SR-Bank. Later in October, they will compete in a grand final for NOK 250 000 in Stavanger against seven other Norwegian start-ups.

Vasileios Tsakiridis has joined the company as bunker trader in Dubai as of this month.

Mikkel Bendix Kristensen was promoted to team leader in the Middelfart office earlier in the summer.