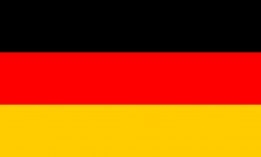 Consortium made up of German firms. File image/Pixabay.

Solid oxide fuel cells, which onboard a ship offer significant emission reduction compared to marine diesel engines, are the focus of an industrial consortium called MultiSchIBZ.

The aim of the project is to produce a shipboard fuel cell to run on either diesel or natural gas which, in turn, converts hydrogen or carbon-based gaseous fuels into electrical power, according to a report by the Maritime Executive.

The consortium's work includes a pilot application of the technology which, in the first instance,  would of use as a small-scale, power system on passenger vessels.

The consortium, which comprises German firms, has the support of the German transport ministry.

The supplier says it has chartered the 13,000 cbm capacity Tosna Star to supports its new service.