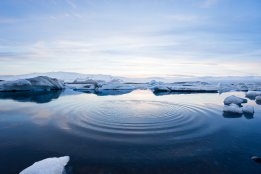 The ban in the Arctic will come into effect in 2024. File Image / Pixabay

The IMO's Marine Environment Protection Committee (MEPC) approved a ban on the use of heavy fuel oil in the Arctic on Friday, but environmental groups have criticised the exemptions and waivers included in the regulation.

The committee approved a ban on the use of heavy fuel oil in the Arctic after July 1, 2024 at this week's virtual meeting. But countries with coastlines bordering the Arctic can issue waivers to ships registered to their flag up to July 2029, and an exemption will be applied for ships with fuel tanks located within a double hull.

"By taking the decision to storm ahead with the approval of this outrageous ban, the IMO and its member states must take collective responsibility for failing to put in place true protection of the Arctic, Indigenous communities and wildlife from the threat of heavy fuel oil," Sian Prior, lead advisor to environmental group the Clean Arctic Alliance, said in an emailed statement Friday.

"In its current form, the ban will achieve only a minimal reduction in HFO use and carriage by ships in the Arctic in mid-2024, when it comes into effect. It is now crucial that Arctic coastal states do not resort to issuing waivers to their flagged vessels."

After preliminary approval at this week's MEPC meeting, the ban will need to be adopted at next year's meeting of the committee.

TFG Marine Expands in US Gulf

Every cargo supplied under the deal will be accompanied with a statement of its greenhouse gas emissions.