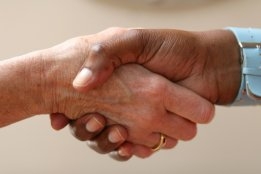 A group of companies has agreed to work on developing a methanol-fuelled methanol carrier for use in the Amur region of Russia. File Image / Pixabay

The two firms, along with Russia's Ministry for Development of the Far East and Arctic Regions, VEB, VTB Bank and ESN Group have signed a memorandum of understanding for a joint study to build and operate a methanol carrier running on methanol bunkers, MOL said in a statement on its website on Wednesday.

The ship would be used to transport methanol planned to be produced by ESN Group in the Amur region of Russia.

"Marubeni and MOL will consider developing a project that would supply methanol as marine fuel should the demand of methanol as fuel for common vessels grow in the East Asian region in future, as there is a possibility that this methanol which is to be produced and exported by the ESN Group will become a competitive supply source located within the region," MOL said in the statement.

As the methanol planned to be produced by ESN Group in Amur would be made using fossil natural gas, that product would deliver no net reduction in CO2 emissions compared with using VLSFO, taking methanol's lower energy density into account.