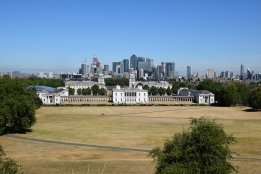 The new hires will join the firm's office in Greenwich. File Image / Pixabay

The firm has hired Mark Bresnahan as head of sustainable fuels and Ana Beatriz Rossetto as bunker trader as of last month, it said in an emailed statement on Thursday.

Bresnahan's role is a newly-created one focusing on alternative fuels.

"I am delighted to announce Mark's appointment as Head of Sustainable Fuels," Vangelis Marinakis, chief operating officer of Island Oil Holdings, said in the statement.

"His wide understanding of the bunker markets and ability to apprehend the changes in the industry, will certainly assist the group's transit to a more advanced level of optimization and sustainability.

"At the same time, Mark will strengthen our UK operations with his strong managerial skills and his extensive network of customers and suppliers."

The company won the $626.7 million order to build the vessels at the Hyundai Mipo Dockyard.