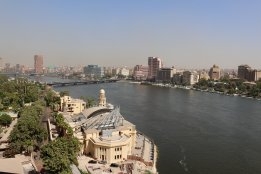 The new hire is based in Cairo. File Image / Pixabay

Abdelrahman Naga has joined Pan Marine as bunkering manager as of this month, according to an update to his LinkedIn profile. Naga is based in Cairo, was previously a senior bunker trader for GP Global in Dubai and before that had worked for Integr8 and Wilhelmsen.

Naga's new role will involve handling the bunker volumes of Pan Marine's own fleet as well as third parties.

Pan Marine is seeking to "build up a fully integrated bunkering system for the group similar to industry affiliates around the globe," Naga said on LinkedIn.

Tokyo's port bureau plans to waive fees as of April 1 for LNG-fuelled ships and LNG bunker barges as well as ships fuelled by hydrogen and hydrogen fuel cells.