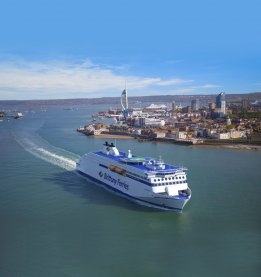 French ferry operator Brittany Ferries has confirmed a fourth newbuilding for its fleet.

The chartered ship -- on charter from Swedish ship operator Stena RoRo -- will be powered by liquified natural gas (LNG) as marine fuel, seen by some as a commercially viable alternative to oil-derived bunker fuel.

The new ship is the third vessel in the Stena's e-flexer to join the French company's fleet. It will start work in 2023.

The announcement builds Brittany Ferries reputation. The company, which is the largest employer of French seafarers, sees stronger demand for its services once the UK leaves the European Union.