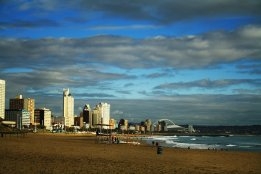 Almost half of South Africa's refining capacity may remain offline for another year, holding the country's bunker markets back from regaining volumes lost in 2020.

The Engen refinery near Durban and the Astron Energy plant at Cape Town are expected to remain offline until at least 2022, news agency Bloomberg reported Monday, citing comments from energy consultancy Citac.

Both refineries were hit by fires last year, and together represent about 43% of the country's refining capacity.

South African bunker demand dropped sharply last year during the early stages of the COVID-19 pandemic, and cuts in local supply prevented a rally later in the year as the shipping industry recovered. A longer-term period offline for these two plants will mean bunker market share moves more permanently to ports elsewhere, with Gibraltar and Singapore particularly likely to benefit.

"If we can find an organisation, if we can find people who have the right fit ... we will be pleased to further be leading this consolidation," CEO Keld Demant tells Ship & Bunker.