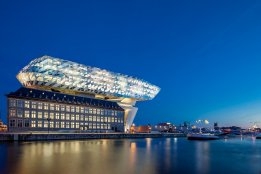 The new hire is based in Antwerp. File Image / Pixabay

Michael De Boeck has joined United Bunkers earlier this month as director, based in Antwerp, according to an update to his LinkedIn profile.

De Boeck was previously a bunker trader for Trefoil in Antwerp, and had earlier served as CEO of Northstar Bunker.

United Bunkers supplies various grades of marine fuels at the ARA hub in Northwest Europe, where it operates ten barges.

The company targets annual sales of 1.2 million mt, according to its website.

The past two years have seen an unusually active jobs market for the bunker industry, with the COVID-19 pandemic and the IMO 2020 transition delivering consolidation and creating new opportunities.

China's Economic Woes Cause Another Price Drop For Crude

But Kemp says the medium-term outlook is still bullish.

A 34-year-old worker at the Ningbo Meidong Container Terminal tested positive for COVID-19 on Tuesday, prompting the authorities there to start to turn away ships.