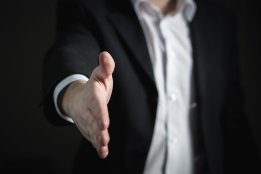 The CAA appears to be extending a peace offering to the industry. Image Credit: File Image / Pixabay

Environmental organisation the Clean Arctic Alliance (CAA) appears to be striking a more conciliatory tone in its latest letter to the bunker, shipping and oil industries on the debate over black carbon emissions from very low sulfur fuel oil (VLSFO).

In an open letter published Monday, the CAA asked bodies representing the three industries whether they would work with it on increasing access to data on this subject, ensuring no new fuel produces higher black carbon emissions and expediting measures to reduce black carbon emissions from the current range of fuels.

The CAA's previous letter on the subject was more hostile, implying the industry bodies were complicit in knowingly bringing VLSFO blends with high black carbon emissions to market.

"It's hard to see how experts in marine fuels like yourselves could not have been aware of the elevated aromatics in these new fuels and of the link between aromatics in fuels and black carbon emissions, and we believe an explanation from industry and refiners is urgently needed," the CAA wrote in its previous letter on 23 Janaury.

The issue will be discussed at the International Maritime Organization next week at the UN body's subcommittee on pollution prevention and response.

Former CFO Carolina Dybeck Happe left Maersk after less than a year in the role to become General Electric's CFO in November.