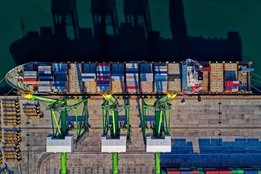 Parker Kittiwake says shipowner / operators are responding to industry concerns over the potential for stability and compatibility issues with the new bread of IMO 2020 compliant fuels by taking a greater interest in onboard fuel compatibility testing systems.

While best practice is to always minimize commingling and mixing two HFO cargoes today can still result in unusable fuel, there has been an increased level of concern over the cross-compatibility of the new 0.50%S fuels being developed to meet the new sulfur cap.

"It is crucial that these new fuels are managed effectively at all key stages of supply to allow shipowners to mitigate the risks associated with contamination, instability and incompatibility. If left unchecked, instability can cause severe problems including sludging of the fuel tanks, filter blockages and excessive sludging of the purifier. In the worst cases, this can lead to catastrophic failure and loss of propulsion and power," says Scott Herring, Key Marine Accounts Manager, Parker Kittiwake.

"Vessels bunkering in different geographical locations will use varying fuel suppliers, and thus blending of fuels is inevitable."