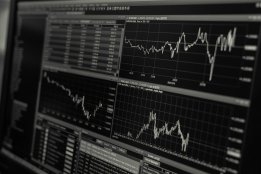 Engineering company Wärtsilä has reported a sharp drop in its order intake for scrubber systems after narrowing spreads between high- and low-sulfur bunker fuels made the systems less profitable for shipowners.

Wärtsilä's order intake for its marine systems segment was 119 million euros ($135.5 million) in the second quarter, down by 40% from the same period a year earlier, the company said in a results statement Friday.

"Customer interest in scrubber investments was another area of weakness, due to the turmoil in global oil markets," Jaako Eskola, CEO of Wärtsilä, said in the statement.

The price spread between high sulfur fuel oil and very low sulfur fuel oil -- a measure of the cost saving in fuel bills shipowners can make by installing a scrubber -- has narrowed significantly this year with the collapse in the crude oil price. The spread at Rotterdam was $50/mt on Thursday, according to Ship & Bunker pricing, down from $298/mt at the end of last year.

"This has substantially prolonged the payback time for scrubber technology investments and has led to decreased demand, particularly for retrofit installations," the company said.

"Demand for newbuild scrubbers has also been subdued due to the low order level of new vessels."

Wärtsilä has also seen a small reduction in staff in its marine systems segment, with the total headcount standing at 1,846 by 30 June, down by 41 from a year earlier. Other scrubber manufacturers have reported cutting staff as a result of reduced demand this year.

In a capacity boosting move in Singapore.