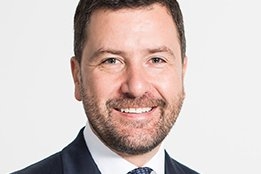 With the new global sulfur cap for marine fuel set to mean an excess of high sulfur, and shortfall of low sulfur product, the industry is facing what Ben Luckock, co-head of oil trading at Trafigura, is calling the "350 / 350" problem.

"We've seen a lot of refiners try to get better at producing low sulfur materials but we still think there's an imbalance," he told Bloomberg TV in a recent interview.

This imbalance will be reflected in product prices, with people needing to be incentivized to make more lower sulfur distillate as well as move their high sulfur fuel oil to a different source.

it's not this broader 350 / 350 problem that creates the volatility, its on a local level and a port-by-port level that you're going to see dislocations

"It's going to be a very interesting first six months, that's for sure. I think there will be any number of dislocations that companies like Trafigura will try and take advantage of," he said.

Luckock says the costs for shipping over the first six months of the new cap are expected to be "lively", in part due to the limited number of major bunker hubs such as Singapore where vessels can lift fuel.

"So, it's not this broader 350 / 350 problem that creates the volatility, its on a local level and a port-by-port level that you're going to see dislocations because its not easy to change over a system like this that quickly."

But despite some "entertaining times" over the first three to six months, "the market, as always, will work it out," he believes.

The ship was forced to debunker its fuel before being released.