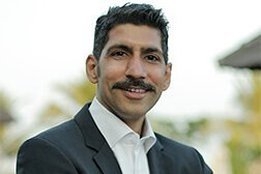 The industry can expect to see an increase in contract bunker volumes when the global sulfur cap on marine fuel lowers to 0.50 percent in 2020, while the inevitable increase in costs - no matter what compliance choice owners and operators choose - will necessitate improvements to the bunker buying process, Alok Sharma, Global Head of Sales, Inatech, has told Ship & Bunker.

"No matter what you do you're facing an outstanding increase in cost, and if your entire bunker buying process hinges on the negotiating decisions of a few people, you're not taking it seriously," said Sharma.

Last week, Sharma - whose company provides physical oil trading and bunker fuel management solutions for the shipping industry - told Ship & Bunker he felt bunker buyers are woefully unprepared for 2020 and many were just "sleepwalking into gasoil."

"In the world of distillates both consumers and producers work mostly on contract, and I seriously hope in 2020 we see this translating into a lot more contract business in Marine. Box will do this for sure, but what I constantly hear from non-container guys is they say we don't know where the ship is going so we can't do contracts," he says.

"But if you analyze their business you see 70% of it is in 10 ports. So without even knowing what you're doing, 70% are in the usual suspects, Singapore, Rotterdam, and so on. And these dry bulk players are putting out forecasts to analysts on a quarterly basis, so you can't tell me you have no idea of what your pattern is expected to be!

"So there's a discussion between the buyers and suppliers that says, we know there is some uncertainty but historically I have four ships in Singapore every month, so surely that's something you can structure something around? We see those contracts already running in other segments like land and air where they say, this is the notice I need and the price is X, otherwise it's X+2 or whatever. But with bunkers at the moment everyone is just focused on price, when the focus needs to be on terms. People need to think, 'how can I take costs out of the whole system by giving all parties more visibility.'"

But from the various customers Inatech has served, Sharma says one of the most important first steps for any company is to realise the importance of the bunker buying process.

"We talk about up-leveling a bunker department to be an energy procurement department. Why? We shift the language because bunker buying is a strategic decision more than a technical one, and strategic decisions are taken at board level. I don't see many shipping companies taking these decisions at a board level because they see bunker buying as being a technical decision," he says.

"But in 2020 everything could change for buyers: what they buy, where they buy it, how they buy it, who they buy from; it could all change. So what it requires is a review of the skill sets in your bunker dept. Then lets look to bring in some decision support systems that can enable them to get a competitive edge. Lets use this disruption to transform bunker buying."

At the same time, Sharma says the time and effort to implement such change is not as significant as some may believe.

"Your average shipping CEO has been battered for so many quarters, they never have the time or energy to sit back and think this could be a big game changer, or if they can use it to their advantage. What we would like to see is more senior folk understand what's happening in order for them to get a quick win - and it's not that hard; bunker departments are usually 3 to 4 people, and we are not talking about systems that touch on many other things in the company.

"Shipowners with 50 to 60 ships could expect a system in say 3 months, a larger company with 100 to 200 ships in 6 to 12 months. But it's also important to understand we don't just flick a switch and leave - we are system providers but customers expect us to be there to help them as a partner also.

"But I think the take-home here is that these systems can be a quick win - we're more an Asprin for a headache than an MRI scan. So there is time, but the time to act is now."

The firm's venture arm, Maersk Growth, has made an investment of an unspecified size into Berlin-based C1 Green Chemicals.

Maersk, Norden, Hapag-Lloyd, MSC, and CMA CGM among those saying the new BIMCO clause is "imbalanced and unusable".

The 3,900 DWT general cargo vessel Tuzla was hit by a missile at Kherson on Tuesday.