The Industry is Woefully Unprepared for 2020 and Just Sleepwalking into Gasoil: Inatech 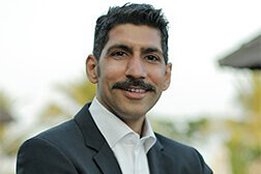 Bunker buyers are woefully unprepared for 2020 when the global sulfur cap on marine fuel lowers to 0.50 percent, and many shipowners seem to be just "sleepwalking into gasoil." That was one of the key messages made by Alok Sharma, Global Head of Sales, Inatech, who recently talked to Ship & Bunker about where the industry is currently positioned to tackle the challenges of the new global sulfur cap.

"The environment we're in right now, really it is outstanding just how ill prepared anyone is," says Sharma.

"It's not head in the sand time - that was two years ago. Today we're down a rollercoaster and heading towards a cliff edge! It sounds cliché but the time for action really is now."

being at a point where no matter what you do you're facing an outstanding increase in cost, be it fitting scrubbers, using alternative fuels, etc, then that's a hard spot to be in

The difficulties being faced by both suppliers and buyers over the recent months and years have been well documented in these pages, and as Sharma points out, what makes the new sulfur cap a particularly difficult pill to swallow is the fact that whatever they do, ship owner / operators are going to face increased costs come 2020.

"Shipping is always cyclical, but being at a point where no matter what you do you're facing an outstanding increase in cost, be it fitting scrubbers, using alternative fuels, etc, then that's a hard spot to be in," he says.

"But whether it's a lack of preparation or lack of understanding, I think many companies are just going to sleepwalk into gasoil without giving it much further thought. At best that is going to be very expensive for some, and devastating for others."

So what could companies be doing and where's the money going to come from to do it?

Right now the most common compliance solution - expected to be favoured by some 70 to 80% of the market - is switching to burn 0.50% sulfur fuel; chiefly, compliant MGO product.

Whether this is a result of "sleepwalking" or careful consideration (as it is in the case of Maersk who recently explained to Ship & Bunker their reason for taking this route) remains to be seen.

However, there is talk, and certainly expectations have been set, that we'll also see new 0.50% sulfur fuel oil products and blends in 2020, even though crude slate realities and other practicalities mean these products are likely to see limited availability.

On one hand shipping is facing increased costs and uncertainty, but demand isn't exactly going through the roof and you're also asking refiners and suppliers to invest in a flat market

"And like today's 0.10% hybrid fuels, strict commingling considerations will likely have to be made between products from different manufacturers, so taking this route is going to mean greater complexity in the buying process. Plus, adopting a strategy where ships have to carry two, three, even more products might just not be possible - you're lucky if you have four bunkering tanks," says Sharma.

After fuel switching, the most common compliance choice currently looks to be scrubbers - that is, fitting an exhaust gas cleaning system to a vessel that enables it to continue burning otherwise noncompliant HFO.

Aside from questions over scrubber reliability and wash-water management, some argue scrubbers are less attractive because they typically require a capital expenditure / upfront investment, whereas the cost of switching to alternative fuels is typically an operating expense that can, in theory, be passed to the customer through existing and well understood bunker adjustment factor (BAF) charges.

However, Sharma says operators should think twice if they believe they can recoup all the costs of 2020 through a BAF.

"What dictates freight rates and bunker surcharges are market conditions rather than any rationale behind the costs. Shipping tends to be a market share game. No-one likes to loose market share, and as soon as they do, they optimize freight rates - at the end of the day, you have an asset costing you X dollars on a daily basis, so it is always the case that some money is better then no money," he says.

while I understand the intellectual argument for BAFs, I just don't think you can sit back and rely on them as a way to pass those 2020 costs onto your customers

"If you talk to the analysts today, half think shipping is doing great, the other half think not, and really it's anyone's guess where the market will be in 2020 and what freight rate levels it will be able to support. So while I understand the intellectual argument for BAFs, I just don't think you can sit back and rely on them as a way to pass those 2020 costs onto your customers. If that's your reason for choosing gasoil then that's a lazy argument."

Of course, the challenges for 2020 are not just restricted to the buyers. Indeed, determining if / when refiners and suppliers could make enough compliant product available was a key consideration for IMO in choosing when the new rules would come into force.

"On one hand shipping is facing increased costs and uncertainty, but demand isn't exactly going through the roof and you're also asking refiners and suppliers to invest in a flat market. It's difficult to see how that can work without major discussions going on between buyers, suppliers, and producers because this effects everyone," says Sharma.

"But as an industry I don't think players are talking to their counter parties in a meaningful way and this is not being looked at as 'this is a major disruption coming to both buyers and sellers.' Instead it's being looked at as simply 'some will survive, some will not' and I think we really need to change the tone."

BIMCO has held talks and met with members and stakeholders to seek feedback on the clause.

Oil Rebounds On China Reopening And Hope Of A Kinder, Gentler U.S. Fed