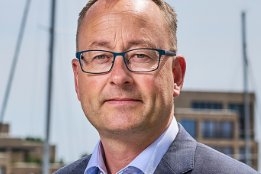 Hybrid marine fuels firm Dan-Bunkering has seen its earnings slide to a four-year low after being fined for EU sanctions breaches last year.

Dan-Bunkering was fined DKK 30 million ($4.3 million) in December for EU sanctions breaches over jet fuel trades with Russian-affiliated counterparties in 2015-17 where the fuel allegedly ended up in Syria.

Over the past year the company has merged with fellow Bunker Holding subsidiaries LQM and SABT, and shut its Kaliningrad office in response to the war in Ukraine. 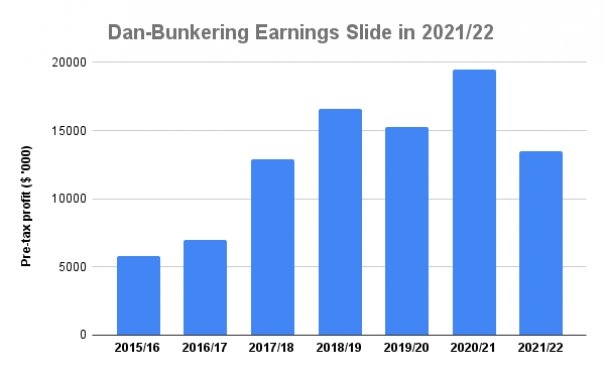 The company saw revenue of $1 billion in 2021/22, up from $631 million the previous year. Traded volumes 'remained largely on par', the company said, without revealing the outright numbers.

"Despite the record revenue, the EBT has been negatively influenced by the financial impact of the court case in December, where Dan-Bunkering was convicted of having acted with unintentional negligence," the company said in the statement.

"The fine levied against Dan-Bunkering accounts for the difference in EBT, which would otherwise have exceeded last year's result."

The full cost of the judgement against Dan-Bunkering was higher than just the DKK 30 million fine, a company representative explained to Ship & Bunker.

"The fine as well as confiscation of profit amounted to $6.9 million, so without these setbacks, the EBT would have been $20.4 million," the representative said.

"This has been a challenging year, not only in terms of difficult markets and supply chain constraints, but also because of the court case we underwent in the winter of 2021," he said.

"However, having been scrutinized during the course of the case proceedings, we have learned a lot, and having emerged on the other side we are left humbled but still strengthened.

"Being able to move on with the experiences we have made has not only strengthened our ability to tackle compliance in a complicated world, but has also revealed a tremendous amount of loyalty and trust in us by our clients, suppliers, banking partners, and not least our employees, whom have been under constants stress by this case for years, but none the less have stuck by us.

"And for that, we are grateful."

Sen thinks the commodity will exceed $120 by year-end.