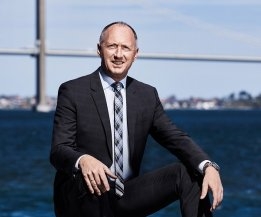 Bunker Holding's Keld Demant, the CEO of the largest bunkering firm in the world, has been handed a four-month suspended prison sentence over subsidiary Dan-Bunkering's trades of jet fuel in the Eastern Mediterranean that breached EU sanctions on Syria.

"The court has not found that any of the defendants acted with direct intent to violate EU sanctions," Dan-Bunkering said in an emailed statement on Tuesday.

"We will now take the necessary time to consider and evaluate the verdict and the premises of the verdict thoroughly before making any decision of whether to appeal to a higher court."

Two companies and a director have been convicted of selling more than 170,000 tonnes of jet fuel to Russian companies, which sent it on to Syria

"Two companies and a director have been convicted of selling more than 170,000 tonnes of jet fuel to Russian companies, which sent it on to Syria," Anders Rechendorff, senior prosecutor at Denmark's Public Prosecutor for Special Economic and International Crime, said in a statement on the organisation's website on Tuesday.

"It says something about the seriousness of the violation that the fuel has entered the tanks of Russian fighter jets that have bombed Syria on behalf of Assad.

"It is of course very serious when a Danish company violates EU sanctions that have been imposed on another country on the basis of a very critical situation."

Dan-Bunkering, Bunker Holding and Demant were accused of EU sanctions breaches over 33 jet fuel deals with Russian counterparties in 2015-2017 where the oil allegedly ended up in Syria.

All three defendants had denied the charges, saying there was no conclusive evidence of the oil ending up in Syria and that internal investigations had shown no evidence of any Bunker Holding employee knowing about sanctions breaches.

The prosecution had called for a two-year prison sentence for Demant, a fine of DKK 319 million for Dan-Bunkering and one of DKK 81 million for Bunker Holding

The ships on which the oil was loaded, the Mukhalatka and Yaz, allegedly took jet fuel cargoes loaded in Greece, Turkey and Cyprus to the Syrian port of Banias. Prosecutors had said they have information from Banias port inspectors via US investigators to show this, but the AIS data record of the ships' movements does not because their AIS systems were turned off at the time of their shipments.

The defence argued that the EU sanctions law was not designed to apply to sales to foreign governments or militaries.

The prosecution had called for a two-year prison sentence for Demant, a fine of DKK 319 million for Dan-Bunkering and one of DKK 81 million for Bunker Holding.

Demant has served as group CEO of Bunker Holding since 2013, and has worked in various roles at the company since 1998.

Click Here to Read Dan Bunkering's Statement on the Verdict

"We are doing our best to have the FPS Maas sailing on hydrogen as soon as possible," Future Proof Shipping tells Ship & Bunker.

The 6,655 TEU container ship SM Busan was brought back to the Victoria Cruise Terminal last week for emergency repairs.

Singapore: Record TEU Throughput on Back of Strong Bunker Sales