'No Conclusive Evidence' That Jet Fuel Was Delivered in Syria: Dan-Bunkering 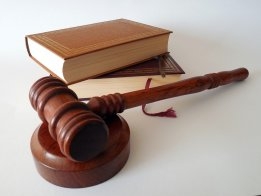 Dan-Bunkering's case is being heard at a court in Odense. File Image / Pixabay

In concluding remarks at Dan-Bunkering's court hearing in Denmark, the company's defence has argued there is no conclusive evidence that the jet fuel it sold was delivered in Syria.

Dan-Bunkering, its parent company Bunker Holding and CEO Keld Demant stand accused of EU sanctions breaches over 33 jet fuel deals with Russian counterparties in 2015-2017 where the oil allegedly ended up in Syria. The defence summed up its case on Tuesday saying there was not conclusive evidence of that happening, according to news agency Avisen Danmark.

"It is guesswork," the agency report cited the defence as saying.

"It is simply not good enough in a criminal case."

The ships on which the oil was loaded, the Mukhalatka and Yaz, allegedly took jet fuel cargoes loaded in Greece, Turkey and Cyprus to the Syrian port of Banias. Prosecutors have previously said they have information from Banias port inspectors via US investigators to show this, but the AIS data record of the ships' movements does not because their AIS systems were turned off at the time of their shipments.

The defence also argued that the EU sanctions law was not designed to apply to sales to foreign governments or militaries.

Earlier on Tuesday the prosecution called for a two-year prison sentence for Demant, a fine of DKK 319 million ($48.7 million) for Dan-Bunkering and one of DKK 81 million for Bunker Holding.

The case continues, and a verdict is expected early this month.

Meanwhile, one analyst predicts oil prices at $200 over the next five years.

The government set out the measure in a regional business development plan published last week.