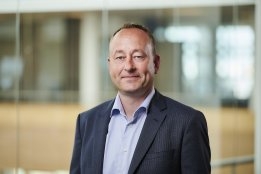 LQM's offices in Connecticut and Texas will continue to operate as normal under the new name Dan-Bunkering (Connecticut) LLC, Dan-Bunkeringsaid in an emailed statement on Monday. LQM administration will be handled by the Dan-Bunkering office in Houston.

"Bringing two of the strongest brands together under one roof is something that we're very proud of having accomplished," Christoffer Berg Lassen, CCO of Bunker Holding, said in the statement.

"LQM has for the past six years been a strong performing entity within the Bunker Holding Group and combining the strengths of LQM to Dan-Bunkering is a move in the right direction towards a truly holistic business approach."

Bunker Holding announced the closure of LQM's London office at the start of the year and moved its CEO, Daniel Rose, to a business development role in the parent company.

"The combined skillsets from employees on both sides will put us in a position where we can add even more value to both clients and suppliers," Claus Bulch Klausen, CEO of Dan-Bunkering, said in Monday's statement.

"Being able to combine not only our skills but also consolidating our businesses under a single brand is a great opportunity for our company and sets us on the path to leveraging our growing client portfolio into providing a more diversified and better set of services.

"The result is that no matter how our clients would like their procurement to be covered, we can cater to it."

The firm has chartered the 6,000 m3 delivery vessel Optimus on a long-term basis from Elenger.

Supplies have tightened since the outbreak of war in Ukraine, with middle distillate blending components now much harder to come by.

The company is looking for candidates with a commercial mindset and stakeholder management skills.