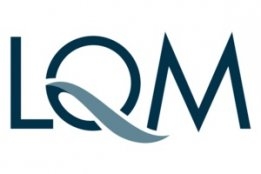 Marine fuels conglomerate Bunker Holding has shut down the London office of its hybrid brokerage, LQM, and removed its CEO.

The brokerage as a whole "remains in a solid position," Bunker Holding told Ship & Bunker in an emailed statement Wednesday.

"The past year has brought both unforeseen and unprecedented challenges to the entire industry," Christoffer Lassen, chief commercial officer of Bunker Holding, said in the statement.

"To ensure we remain agile and keep a competitive edge, we are continuously scaling and optimising all aspects of our business.

"Consequently, we must know when it is the right time to scale down for some of our services and activities to ensure consistent overall growth."

Bunker Holding acquired LQM in 2015, hailing it at the time as one of the largest international marine fuel brokers, handling about 10 million mt/year of trades from more than 250 customers.

The company's US operation will now be 'its main pillar', Bunker Holding said. Jordan Felber, previously managing director in the Americas, will now manage the whole company.

The firm is looking for candidates with three to five years of experience in statistics, analytics or decision management.

The company is looking for candidates with at least five years of experience in trading marine fuels.