IMO2020: Ships Could Be Stuck With HSFO Onboard for a Long Time 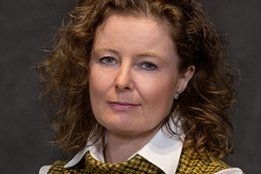 A lack of debunkering options at ports could leave vessels stuck with HSFO onboard for a long time in 2020, the International Bunker Industry Association (IBIA) has warned.

For non-scrubber equipped vessels, this would cause not only logistical problems but potentially even compliance problems, with a fuel oil carriage ban set to come into force from March 1, 2020.

With compliant low sulfur fuel looking like it will be a lot more expensive than today's HSFO there is also not much incentive for owners / operators to switch well in advance of the January 1, 2020 start date of the new rules.

Ships will typically have some fuel left due to taking a safety margin when bunkering, notes IBIA Director Unni Einemo, however it is not clear how authorities should handle a situation if debunkering is not possible on the ship's first, second or even third port of call into 2020.

"If a ship arrives at a port that cannot support a debunkering operation within a reasonable time-frame, it would be unfair to prevent the ship from continuing on its journey because the MARPOL signatory state failed to facilitate safe discharge of the non-compliant fuel oil," said Einemo.

"Debunkering is not widely practiced today, hence our concern is that ships could be stuck with a portion of non-compliant fuel for a long time, which is a big problem for ships with limited segregated fuel tank capacity."

Discussing the matter at the recent MEPC74, the majority of member states failed to back a proposal to allow the HSFO to be consumed at sea in such circumstances, with many countries insisting that debunkering is the only acceptable option.

"Ultimately, it'll be up to each country how they actually deal with and enforce FONAR situations and we can only hope that authorities strike the right balance between deterring ships from trying to exploit non-availability to use cheaper non-compliant fuels, while also recognising that there will be times when it could not get hold of compliant product despite its best efforts," says Einemo.

Einemo's full comments on the matter can be found here: https://ibia.net/fonar-discussions-at-mepc-74-show-divergent-views/

Meanwhile, Barclays lowers its forecast for Brent in 2022-23.

The cost of wind propulsion systems is coming down as installations increase, according to DNV.