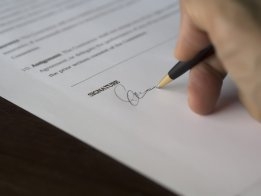 Increasingly tough non-compete clauses being introduced into traders' contracts may be holding back the bunker industry's job market, according to marine fuels hiring specialists the Maritime Recruitment Company Ltd.

Non-compete clauses require an employee not to work for a similar firm for a fixed period after leaving their current company. Where in the past these clauses were typically enforced for just a few months, periods of a year or longer are now often used, and in rare cases multiple years.

You end up with a situation where people stay on with firms or bosses who they absolutely resent.

These increasingly strict conditions may be restricting liquidity in the bunker trader job market as a whole, to the detriment of the industry, Vernon Jayanathan, director of the Maritime Recruitment Company Ltd, told Ship & Bunker.

"Employers must make sure that non-competes are fair and reasonable," Jayanathan said.

"I have said this to some clients taking on my candidates and politely suggested they ease up on some of the clauses.

"When they are not fair and reasonable you end up with a situation where people stay on with firms or bosses who they absolutely resent because they are too frightened to move on from them.

"This cannot be healthy for either the employer or the employee and makes for some toxic environments."

Protection to Be Used Sparingly

The clauses can serve a purpose, but should not be used indiscriminately without considering the wider impact, Jayanathan added.

"On the one side, it protects organisations, especially small to mid-size ones, from the actions of unscrupulous employees who take advantage of training and other opportunities provided by their employers and then move on immediately," he said.

I have seen these clauses implemented out of spite.

"Most recently, a firm I know -- a particularly good employer -- had provided security for traders and their families during the pandemic, not put them on furlough even though they could have, invested on home office equipment, and even looked after their mental health only for the trader to want to leave for an extra few thousand dollars a year in their basic salary.

"The sense of betrayal felt by the employer was immense.

"On the other side, I have seen these clauses implemented out of spite.

"I have seen firms stomp down on some employees and try to drive them out of the industry for daring to leave them just because they can.

"This has even happened to people in their 20s moving on to their second job!"

The clauses typically can be used to best effect with more established traders whose relationships bring in significant income to their firms.

"To some employers it makes sense to pay someone who makes them $70,000/month their full base of, say, $6,000/month to sit out of the industry for 12 months so other members in the firm can rescue the amount that individual was making and take over the client relationships," Jayanathan said.

"Everyone knows that a trader is valued on the strength of these relationships and some firms actively try to destroy them.

"However, this usually happens when the relationship has completely broken down."

One way to get around this is if both sides just communicate properly.

Better communication between employees, employers and prospective employers would be the best way of reducing the wider impact of this problem on the industry, Jayanathan argues.

"One way to get around this is if both sides just communicate properly and come to a mutually respectful agreement," he said.

"Transitioning from one firm to another can be a positive experience if the trader is open and honest with the employer and if the employer recognises that moving on is a natural thing for employees to do.

"After all, the days of people staying with one employer throughout their careers is over.

"If it is about pay, they should talk to the employer about what it is they are after and then have a legal exit plan in place respecting or negotiating any agreements they may have signed.

"I always encourage candidates to share their non-competes with their prospective employers so that they can work out a way forward that is palatable to all sides.

"If the worst comes to the worst, then legal representatives of both the current and the prospective employer can work things out."

But candidates also need to be aware of the terms they are signing up to on their way in to a new role, Jayanathan said.

It will not benefit an employee to get a reputation as a bad leaver.

"I also tell candidates to go through their new contracts with a fine-toothed comb so they know exactly what it is they are signing before starting a new job," he said.

"I remind them that the power to negotiate their terms on the way out no matter how far away it may be in the future, diminishes once that document is signed."

"At the end of the day, it is never a good idea to fall out over these things," he added.

"It is wise for both sides to act honourably.

"If any industry can be described as a goldfish bowl, then this industry is it.

"It will not benefit an employee to get a reputation as a bad leaver, and it will not help an employer attract the best talent if they get a name for trying to crush people and their careers if they ever dare want to leave."

Bunker Holding to Establish US Gulf/Panama Sourcing Desk in Houston

The desk will cover the US Gulf and Panama.

The company has carried out a feasibility study with Umeå Energi which concluded th.at there are 'excellent conditions' to build the facility at the Dåva cogeneration plant in Umeå